Although not legal in Canada (yet!), edibles are among the rising trend of cannabis enthusiasts and are set to add a big chunk of interest to the market. Let’s take a deeper look at what they are and why people are chomping at the bit to try them.

Smoking cannabis can lead to health complications just as smoking tobacco can; health risks can include emphysema, bronchitis and bronchial asthma. Research shows that those who smoke cannabis have a much higher rate of tobacco use than the general population, possibly because the physical act of smoking can be an addictive habit. This is why many are looking to use cannabis in an edible form, once it is legalized and regulated in Canada as well. 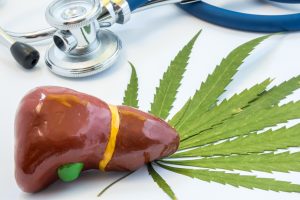 Cannabis and liver with the gallbladder. Marijuana and hepar. Influence (positive and negative) of smoking marijuana on human liver, hepatobiliary system, diseases of organs of bile tract

When we consume cannabis rather than inhaling it, the process in which it metabolizes is different. The THC contained within an edible is metabolized by the liver, which converts it into 11-hydroxy-THC. This delivers a much more intense high than when we simply smoke it. This would, in turn, cut down on the end user’s costs and overall consumption, as the effects of edibles are usually stronger and last longer.

Sounds great, right? A word of caution, while the lengthier journey of an edible’s THC content means a stronger outcome, it also means a longer waiting time before you get your desired effects — so be patient! Many people consume more than necessary because of the time it takes to feel the effect from the edibles. This can be a rookie mistake.

There are many reported advantages of consuming cannabis as opposed to smoking it, with the most prominent one being that it is considered to be the “healthier” option. While there are various ways to inhale cannabis now (vaporizers are a controversial option but an option none the less), it still can come with a stigma attached that many non-smokers would consider when choosing their preferred method of cannabis use. With the cannabis industry becoming more and more widely accepted, many people are beginning to be more curious about the positive effects of the plant and the idea of trying cannabis via delicious brownies, gummies or chocolates is much less daunting than it used to be.

And lastly, another popular advantage of edibles is that the high can last much longer. While you may have to wait a little longer for the initial onset, when it does kick in, it sticks around for much longer. This has cannabis enthusiasts, business owners and stakeholders excited for the government to pass legislation for edibles soon, as it will help deliver a much-anticipated product to Canadians. 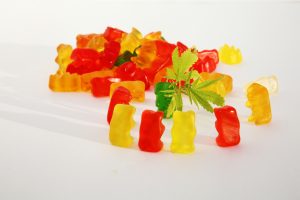