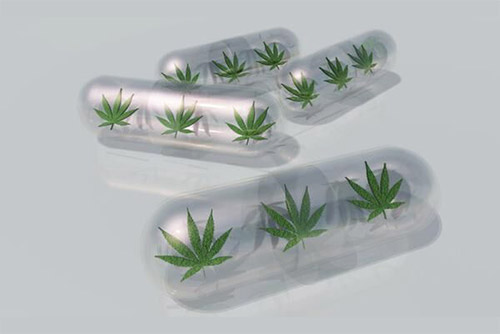 There have been many studies showing the medical benefits of marijuana (or cannabis). In fact, marijuana was used for medical purposes many centuries ago. Now, this delicate topic has been and continues to be researched, discussed and viewed from a complete different perspective. Research has shown that marijuana provides a variety of positive health benefits. Before we review the medical benefits of marijuana, let’s take a journey back into  history starting from where and when it all began.

The History of Medical Marijuana

Back in ancient times, hemp, a type of cannabis plant, was used as an agricultural crop to fabricate clothes and rope due to its high-protein seeds, oil and fiber.

Medical cannabis first started in China. Cannabis was called ma (meaning cannabis) or dama (meaning big or great). In ancient China, hemp was used for many purposes such as food and to treat people with ailments. According to a Chinese legend, marijuana tea was prescribed to treat a variety of illnesses including rheumatism, malaria and poor memory.

In India, cannabis has been used for recreational, spiritual, religious and medical purposes for many years. People use cannabis in a special drink known as “bhang” which is a mixture of ingredients including cannabis paste. It is used to release stress and anxiety. It also serves as a cure for fever, to help with digestion and increase appetite – to name a few.

In ancient Egypt, cannabis was used to treat inflammation.

In Medieval Times, the use of cannabis spread rapidly in the Middle East. During these times, wine was prohibited in Islam. For this reason, Muslims smoked marijuana or “hashish” as they called it. It was also used for medical purposes too.

In Europe, cannabis was mostly used for medical purposes to treat tumors, cough and jaundice.

In the 1500s, during North American colonial times, people used slaves to benefit from the hemp industry (using hemp to make clothing, rope and paper).

On the other hand, the Spanish brought cannabis to South America.

In the 1900s, heroin, opium and morphine addictions were increasing. Therefore, in 1906, The U.S. Food and Drug Administration (FDA) was established to control these drug addictions, primarily opium and morphine.  Even though the use of marijuana was not yet put under control, this initiated a regulation in drug policy.

During this time, Mexican immigrants brought marijuana into the United States. In the beginning, many Americans viewed cannabis as a negative sign but eventually it influenced the American society.

In 1914, drug use was officially declared as a crime. In 1970, marijuana and other drugs were classified as a Schedule I Drug and marijuana was considered having no useful medical purposes.

Since then medical research and studies have unfolded again little by little revealing the medical benefits of marijuana. According to medical marijuana.procon.org, there are now 29 legal medical marijuana states including Washington DC.

Although there has been an ongoing controversial issue about whether medical marijuana should be accepted, many studies have been conducted on marijuana that supports the idea that it provides a variety of medical purposes.

Based on intensive research, medical marijuana offers numerous medical advantages to many ailments. Hopefully more research and studies will continue to support medical marijuana, providing it a proper place in the medical world.

At PipeDreemz Inc. our interest is all things marijuana. Our roots were started 17 years ago when we saw first hand the benefits of  Medicinal Marijuana. Today we continue to expand the possibilities and potential of marijuana by changing the world one garden at a time. Come and explore our website pipedreemz.org and facebook page for a cross section of information about the possibilities of marijuana as medicine.